Wizardry and Tactics in the Realms of Chaos

Discussion and development of guilds, including guild lore and recruitment.
Locked
3 posts • Page 1 of 1

Information of note is logged in the archives of ANU scholars...

The Goddess Saren
“It could be the horror of undying life; the purgatory of a prison that confines one’s soul to the eternal rot and grinding of pestilence. Fear not my children; fear not the tendrils of the material. When one has fulfilled their vessel’s purpose, they shall be free to travel to the astral for their continued endeavors”

Shrines to the Goddess Saren continue to spread among the realms, despite the powers of the kings. Creatures celebrate and give their devotion to receive her blessing. Effigies that portray her attributes foster the power to overcome the rot that refuses to abide by the natural cycle of life.

“Her lawful nature poses her order over such deviance.”
Undead magic is effectively taboo, were her shrines reside.
*Placing undead taboos on all villages on a realm indicates her presence. Handy if your wanting battles VS villages to be a little less exploitave (due to undead OP vs them)

Kuthal, the master of demons
“In the known universe, bound to the impact of the schism, the shattered laws of dimensions let forth demons who were once contained to densities of the lower planes. One Egregoroi had learned to manipulate the depraved nature of such entities.”

Kuthal had aspirations to tether the planes of the universe, were mortals and the enlightened had resided with those in which demons dwelled. The immaterial consciousness of those above would live subject to those below, thus setting off the balance of the universe to an indiscernible degree.

It was on the faithful encounter, were the great artifacts, which contained the power of Kuthal’s power, were used against him, unraveling his essence to be swallowed by the eternal void in which he aspired to control the known universe with.
The great heroes, who led this glorious assault, will remain nameless, classified for the ensured prosperity of the gods and dominions that choose to play lawful or chaotic in their existential playground.

Although, the threat of Kuthal has subsided, some demons still reap the benefits of his wars. They exist on the fringes of known existence, waiting for their chance to breach our plane of existence. Demons have been known to subsist on kudos. They feed off of the perception that others have of them, whether they be infatuations or deep terrors that pre-occupy the victim.
*These demons generally leech the kudos from wizards that battle them. Is handy when you want to restrict kudos that you get from certain lords. 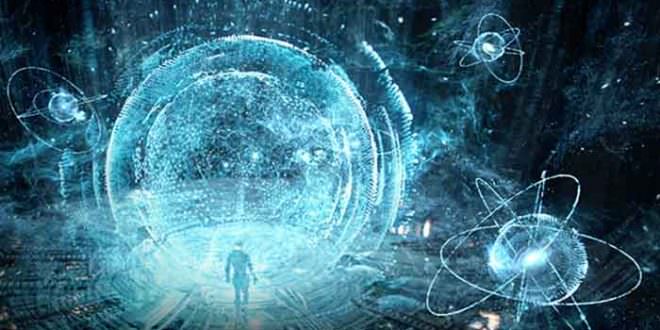 The Demon Slayers
“Tales of great warriors, who arose to the trials and entered the black will be cherished and retold. They must be. Reminders of the strength in which faith bestows must persist.”

During the chronicled wars of spirits, agents of ANU and their allies hastily traveled to all realms, finding those who would rise to fight in such desperate times. Warriors of the highest caliber arose from the many castes of societies in which the various realms had fostered.

On the final days leading to Kuthal's fall, great rituals were performed. These warriors of light, chaotic or lawful, once fallen in battle, would have the integrity of their immaterial essence contained in great material constructs. "The most magnificent sanctuaries that the material plane could accommodate." Some of these sites remain to this day. They take many forms; though effectively hold the essence of the greatest warriors in whichever one they take. They rest for what could be an eternal equilibrium, awaiting the time in which they would be required to fight again.

It is a valiant sacrifice, though workings of them, as well as the full extent of their purpose, are still unknown to us. It has been said that an unknown benefactor had made contact with key leaders of the resistance to fabricate such devices. Those who were once ANU agents, hold such secrets but have defected from our ranks to never be heard of again.

Some say these shrines have enough integrity to ward off any spirit that might find its way lingering towards the lands that they inhabit. They make for a great foundation to any king, who was lucky enough to have established their kingdom on lands that bare them. Although, if an egregoroi is deemed unsuitable for such a territory, these warriors will sometimes awaken in an attempt to banish them.

A good context for these guys could be in realms were you might want to add name generated mercs, but don't have the time to create a full story for them.

Takhlan the Bestower
Not much is known of Takhlan, other then that he was a great wizard that proved one of the biggest thorns in the side of the holy empire. Those with the magical blood, who have lost their tether to the great source by the practises of empire agents would eventually seek asylum of the virtuous Takhlan.

Although, such acolytes may never achieve the potential in which they were born to, the restoration of magic that Takhlan had given, will never be forgotten. Many are given rotes to help facilitate lesser magical feats. Some use the vessels of beasts as such devices, using their consciousness as a relay into the infinite. Some say such communions are destiny, others would argue that it resembles the antics of vampires or succulents.

That said, some practitioners who emerge from such a journey can be of great use to the ANU.

*The idea of druids makes it easier to design humanoid like magic users that merely transform into creature forms in battle provide some nice story telling leverage with mercs in this magical universe.
Last edited by anjovi on Sat Mar 10, 2018 1:32 am, edited 8 times in total.
Top

Re: The Anu Reports

Very nice, I love the picture by Cristóbal Rojas!

Re: The Anu Reports

Thanks Rafi! I'm going to try to open this up to other content creators who want to create lore like this and share it for others to use in their realms.

Generally, the content here may be associated to some game mechanics, as an example:
-Saren usually correlates with every village in a realm having undead taboos (which helps against exploits)
-I've started playing with demons who suck your kudos away as you kill them (helps with balancing the hefty amount of kudos you get from them)
-I've been taking advantage of the druid concept to introduce human like characters who merely take the form of animals in combat (story telling advantage)

If anyone is ok with the ANU having info on their lore and wants in on the list just send me a quick blurb of what you want in it and find a picture that best suits it...I'm finding that having a visual that represents your idea can better give others an idea of how you imagined it.
Top
Locked
3 posts • Page 1 of 1

Return to “Orders and Guilds”